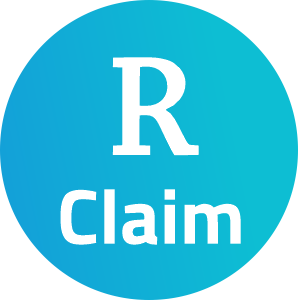 We are not accepting claims for now due to Covid Guidelines.

Denied Boarding means a refusal to carry a passenger or passenger holding confirmed ticket on a flight although he/she has presented himself/herself for boarding within the time specified by the airline, except where there are reasonable grounds to refuse carriage such as reasons of health, safety or security, or inadequate travel documentation.

Many passengers in recent times have fallen prey to the overbooking, cancellations and flight delays with some major airlines and are denied boarding as the travelling date nears. As the number of such cases is increasing, refund.me India is determined to help flyers get their compensation for denied boarding.

Why passengers are denied boarding?

In order to prevent aircraft from flying with any unoccupied seats, airlines allow overbooking expecting booking cancellations in the coming days. However, as the cancellations do not take place as expected, the flyers with late bookings are denied boarding at the flying date and are eligible for compensation.

Are you eligible for compensation?

In case of denied boarding, you are eligible to claim compensation with following conditions:

Airlines can also ask passengers to voluntarily give away the seat in return of any other benefits mutually decided between both the parties.

As per India Regulation

As per Turkey Regulation

As per Ukraine Regulation

Get Compensation for an overbooked flight

Being denied boarding and bumped from an overbooked flight is of course not something you have to take in stride. The airline must compensate you. Firstly, the airline must reimburse your unused ticket, including all taxes and fees. Also, the airline needs to provide you with a re-routing (another flight) as soon as possible or at a time convenient to you. However, your airline has a right to wait until it finds a flight with available seats. Whilst you are waiting on your substitute flight the airline must provide you with meals and refreshments, hotel accommodation (if an overnight stay is necessary), transport between the hotel and airport, and two phone calls (or emails or faxes).
Yes. Every passenger affected by an overbooked flight has the right to adequate assistance. As mentioned above these include free meals and refreshments as well two phone calls, emails or faxes, lodging and transport between the airport and your hotel. If you have to wait several days on your substitute flight, the airline has to pay for your accommodation on those nights.
Mr.Boie Your Travel Assistant